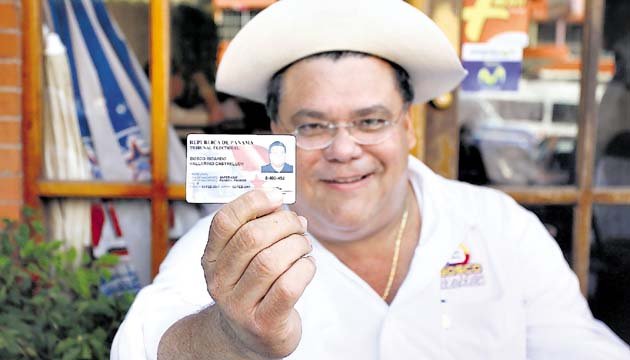 UPDATED - In a fit of mass psychosis, Panamanians elected television song and dance man Bosco Vallarino to be mayor of Panama City in 2009. A small constitutional obstacle - Bosco was an American citizen and had renounced his Panamanian citizenship - was quickly solved by the National Assembly which re-instated the overweight TV perfumes salesman as a Panamanian national.

Mass psychosis quickly turned into mass revulsion when Bosco the Clown immediately stuck his greasy hands in the municipal cookie jar to pay for a shopping trip to Asia for his wife and friends, and subsequently floated a parade of bizarre ideas for the city, of which "mobile swimming pools" was among the more innocent ones.

Who doesn't remember, for example, how this mental retard planned to have children compete for scholarships by beating each other up in televised free fighting matches?

Meanwhile, he had no clue on how to solve a quickly accelerating garbage problem, traffic congestion and other such real world issues that plague the capital. Instead, orders to produce statues for his Christmas village on the Cinta Costera went to front companies of his friends and allies.

Mafia president Ricardo Martinelli, in his turn, publicly humiliated Bosco as much as he could, with Bosco then invariably choosing the role of the victim.

Whose idea was this Bosco trainwreck to begin with? This, dear reader, was one of those brilliant political brainwaves of Panameñista legislator José Isabel Blandón. The Panameñistas were planning to support the independent candidacy of Dr. Miguel Antonio Bernal but, fearing that indeed a serious person might be in charge of the city - oh, the horror! - Blandón pulled Bosco out of his hat.

Since the alliance between the Panameñistas and Martinelli's Cambio Democratico had broken, il Duce wanted to take over the last Panameñista stronghold in our tiny nation; the Municipality of the capital. A Supreme Court resolution was already in the making, declaring the Assembly's restoration of Bosco's citizenship null and void.

Then, fed up with the delays and speculation, Martinelli summoned Bosco to his palace and told him that he should either resign or be thrown in jail.

Bosco, true to form, put up a heroic fight by calling in sick and resigning the next day. Martinelli left for Colombia to celebrate a free trade agreement there.

So, now everybody is complaining about Martinelli's authoritarianism, as if this was some sort of coup against poor helpless Bosco the Clown. The truth is of course that this idiot should never have been mayor and that this ridiculous show is the result of the stupidity and corruption of our entire political class. But now that they've started to eat each other we want more!

UPDATE: Frenadeso floats the theory that Bosco resigned because Martinelli threatened to reveal a video, filmed by the security agency, apparently proving that Bosco was being paid by real estate swindler and David Murcia associate Alexandre Ventura Nogueira to be the front man in the municipality for various real estate schemes. If true, this would be a bombshell to say the least, because it would mean that this whole circus is in fact a power struggle between Ñamista and Martinelli corruptos.