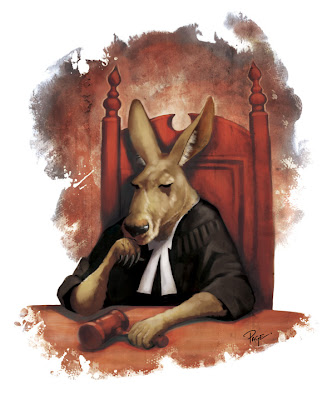 Panama's enlightened political class has a new hobby: They're all filing criminal complaints against each other and starting suing rings. In what would be best described as the judicial version of the swingers lifestyle, politicians run to and from the prosecutor's offices with no other intention than to screw each other. An overview:

The PRD has filed a claim to have the appointment of Bonissi as the pseudo-procurador declared unconstitutional with the Supreme Court;

The PRD has filed a criminal complaint against Panama governor Mayin Correa for supposedly receiving a double salary, for being governor and for being a member of the Central American Parliament;

Correa has replied by saying that she might sue the PRD in response;

The PRD has filed a complaint against Panama City mayor Bosco the Clown, for abuse of authority in firing political opponents from the municipality;

Education minister Lucy Molinar doesn't just face strikes and protests, but has now been slapped with a complaint for abuse of authority too, related to her ramming reforms through;

And that is just in one day! And on top of that, we have all the complaints back and forth surrounding the ouster of Ana Matilde Gómez by Martinelli and some others too much to mention.

Expect lots of kangaroo hopping the coming weeks and months. We'll set up some sort of tracking system here so you can stay on top of it all.