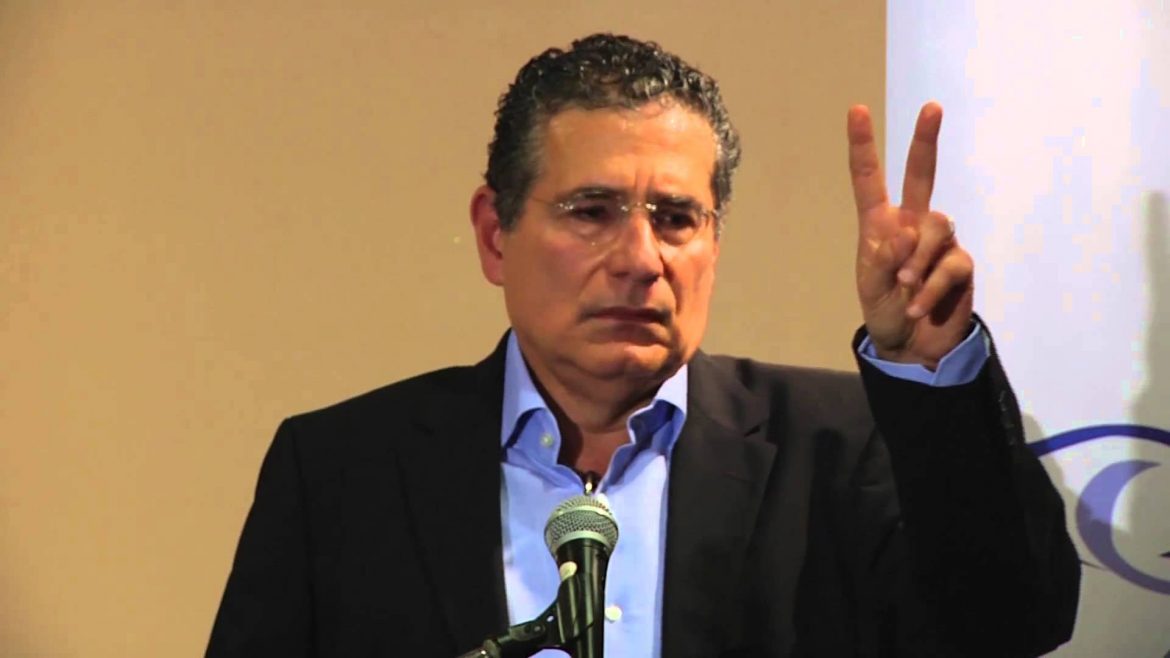 Worst scandal for Panama since Noriega

IN CASE you haven't noticed: The shit is mega-hitting the fan in Panama and the rest of the world now that someone has copied and shipped big hard drives full of terrabytes of data from inside the offices of Panamanian law firm Mossack Fonseca & Co to a German newspaper. From there the millions of documents were distributed over various news organizations and analyzed. Last Sunday, the story was released with the kind of global media splash first invented by WikiLeaks: Hit hard by publishing around the world all at the same time, then follow up with more and worse once you have everybody's attention.

No need to repeat the many ugly revelations here; Mossack & Fonseca is a law firm that specializes in offshore financial structures and their preferred clients are dictators, mass murderers, corrupt politicians and assorted criminals who need to hide the loot.

In fact, we were already hot on their trail 13 years ago, in 2003. Out of a story about a teak investment swindle, called "San Cristobal," in Panama came another tale when I discovered that one of the teak-associates was a fugitive fraud artist who used a fake passport and worked as a consultant for a plethora of swindlers, money launderers and so on. His real name was Homer W. Forster, but he used "Dr. Leonard Adams" instead. He was also a client of Mossack & Fonseca's Dubai office. As I reported at the time, based on - guess what? - leaked documents:

An even darker “business proposal” came by email from Forster’s Canadian associate and entrepreneur Peter Schömer. He contacted Adams saying he had a unique opportunity through a Swiss diplomat he knew, a certain “Wernli.” Wernli had good contacts with a major Swiss bank that had hundreds of dormant accounts since the initial deposits were made over 50 years ago. Since it is then assumed that the beneficiaries of those accounts have deceased, Schömer stated that Wernli could move the funds in these accounts to other offshore accounts. Schömer wanted Forster’s assistance to set up accounts in Dubai for this purpose. Most likely, the dormant accounts Schömer was referring to are the widely reported accounts which were opened by Jews just before the holocaust. The scheme never took off as Forster was arrested before it could be implemented.

Correspondence between San Cristobal and Forster from February and March of this year shows that Forster was trying to get a client to “invest” $40 million with San Cristobal. The client, according to Forster, had “difficulty getting proof of origin for these funds,” indicating that they possibly represented the proceeds of crime. “He should at least buy ten lots,” replied San Cristobal.

Similarly, San Cristobal’s bookkeeper Tom Rowley tried to obtain Forster’s services for wealthy clients seeking to evade taxes. Rowley has since left San Cristobal with a plan to start an aircraft maintenance facility in Panama, in which Tom Lennon, the ex-vice president of San Cristobal and long-time associate of McMurrain, is also involved. All this suggests that principals of San Cristobal were aware of the nature of Forster’s business.

After two earlier critical articles about San Cristobal were published (part 1, part 2), Forster, under his identity as “Dr. Leonard Adams,” contacted the author of this article to defend San Cristobal and it’s owner, Tom McMurrain. Subsequent investigations by the author revealed that “Dr. Adams” was most likely the same person as Homer W. Forster. By maintaining correspondence with “Dr. Adams,” his real identity was further confirmed, and his emails turned out to originate from Dubai, United Arab Emirates. One of our sources notified the US Marshal’s office in charge of the Forster case and they apprehended Forster on September 16th in his room at the JW Marriot Hotel in Dubai. Fingerprints were wired from the US which confirmed his identity. In his room, illegal electronic equipment was found together with Forster’s pilot license and with a World Bank conference only days away, the Dubai police suspected him of terrorism related activities.

Forster was caught with his fingers in the cookie jar, setting up a bizarre scheme to launder many millions of dollars. He had been busy, together with his current client and associate, convicted criminal Gregg Rene Walter, supposedly organizing a series of high profile rock concerts together with and for the benefit of Unicef. Gregg Rene Walter is another fugitive wanted for fraud out of Anchorage, Alaska, who hides out in Spain and is considered dangerous according to the NCIC arrest warrant. However, both he himself and Forster falsely touted him as a former keyboard player for Michael Jackson. The Unicef concerts, supposedly featuring artists like Santana, The Rolling Stones, Madonna and The Eagles, would be recorded for TV and broadcast using a pay-per-view system by satellite and over the internet. Supposedly, a concert with Santana was planned for the 23rd of January in Dubai. A proposal was written concerning the Rolling Stones to do a concert in EuroDisney, and even a concert below the Eiffel Tower in Paris was discussed. However, neither Forster nor Walter were organizing any concerts. They were the facade to move large amounts of money around. Forster was arrested the day before $25 million would be deposited in an account of the sham company – both account and corporation were set up through the Dubai office of Panamanian law firm Mossack & Fonseca – that supposedly produced the concerts. Unicef, upon learning about Forster’s arrest, has immediately disassociated itself from the project and Gregg Rene Walter. Mossack & Fonseca did not reply to requests for comment.

How did I know all this? Well, this leak isn't the first. I had a great number of documents, emails, and other records that showed with great clarity what was going on (cyber-security among crooks and their lawyers in this part of the world is usually non-existent or badly done by some useless nephew of one of the oligarch families who needs a "job"). Forster was arrested in Dubai, released, and then arrested again in Spain and extradited to the United States, where he served a prison sentence for earlier crimes.

Meanwhile, in Panama, reality is a bitch

So, while the current scandal for us, long-timers in Panama's world of sleaze and swindle, hardly comes as a surprise, Panamanians are still somewhere between shock and denial now that they've learned that their country is officially the epicentre of corruption and fraud.

That is, most Panamanians do not care a bit if foreign criminals or dictators want to hide their ill-gotten gains in Panama or through Panamanian law firms. They actually welcome it. "If these people want to bring their money here, so much the better for us," is literally what I have been told endlessly when this website revealed case after case of Panama being a magnet for foreign crooks and their dirty money (yes, we do feel more than a bit vindicated here in the Bananama Republic newsroom now that dozens of newspapers and other media are confirming what we've been saying for about a decade now). Mossack & Fonseca is hardly the only law firm involved in this type of business: We have here reported on Blandon & Young (of the current Panama City mayor, where they specialize in tailor-made laws to facilitate criminal enterprise, and in casino licenses) and Arias Fabrega & Fabrega (Mossad front companies, among other things).

No, what bothers Panamanians most about the whole affair is not that these lawyers and their political friends have turned the country into the Global Corruption Headquarters, but that the country has been exposed as such.

This is all just "journalists bullying a small country," wrote Panamanian businessman Yengsan Chung on Facebook, echoing countless similar comments - and repeating Mossack & Fonseca's assertion that the publications are "an attack on Panama."

There is even a petition launched on change.org by one Cristina Ordoñez to demand that those pesky journalists cease to use the name of their country in coverage based on "illegally obtained" documents from Mossack & Fonseca. At the time of writing, 1162 people had signed it.

UPDATE 13:30: Even Panama's minister of foreign affairs, Isabel Saint Malo, is in a panicky state of denial, ranting giberish on twitter about how unfair it all is, and that foreign banks are the real culprits. Always nice to see mature people take responsibility for 40 years of looking the other way, I suppose.

Petition or not, unless Panamanians take to the streets to demand that heads roll of those responsible for having a right-hand man of President Varela turn the country into a robbers den, it's not that important that their patriotic feelings are being hurt by the Panama Papers publications. What matters more is that obviously Mossack & Fonseca is history and that reports are reaching us that a record number of clients have already canceled their dealings with Panamanian law firms and, we suppose, banks. This scandal could very well mean the end of Panama as a financial center now that it turns out that those in charge have been shitting all over it. Can you spell "black list"?