Martinelli promised to bring the whole country online by building a free nationwide wireless internet access service, but what he's really constructing is a massive system to spy on the citizens who use it.

The implementation of the "internet for all" program is behind schedule, and according to Eric Jackson that is because the technical ramifications of the espionage component cause delays.

Martinelli doesn't just want a vast network of wireless access points, his internet service has to meet the following specifications:

So you log on, and have to give a username and a password no doubt linked to your real identity, and then you're not only blocked from accessing sites the government doesn't want you to see, but it becomes very easy to actually monitor everything you do on the Martinelliweb. It's what countries like Cuba, Iran and China do, now brought to you by a right-wing Panamanian government. 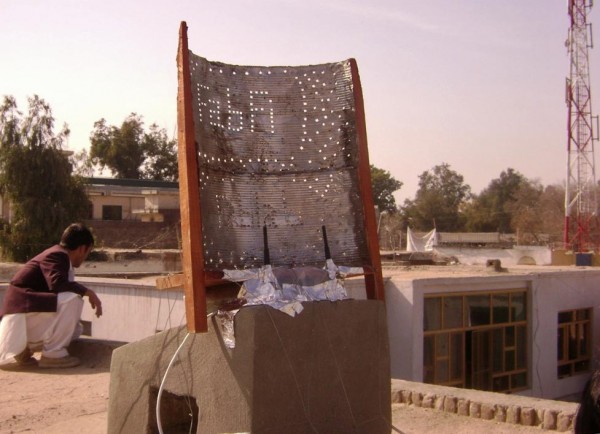 Wifi for all in Afghanistan

But there is hope! In Afghanistan they tried to do the same, implement internet infrastructure everywhere with funding from the World Bank and it has been an epic fail. The ones accomplishing stuff are the Jalalabad FabFi lab, bringing wireless internet to remote areas with tools found at the local shop or even the garbage dump.

(...) an 18-month World Bank funded infrastructure project to bring internet connectivity to Afghanistan began more than SEVEN YEARS ago and only made its first international link this June. That project, despite hundreds of millions of dollars in funding, is still far from being complete. Meanwhile, FabLabbers are building useful infrastructure for pennies on the dollar out of their garbage."

So while Martinelli's program suffers from delay after delay, this is what in the more remote communities, or basically everywhere, people could easily be doing. It would be cheap enough, build knowledge and it would outmaneuver the Martinelli Spy Network.